Paul Manafort In A Wheelchair From Gout? 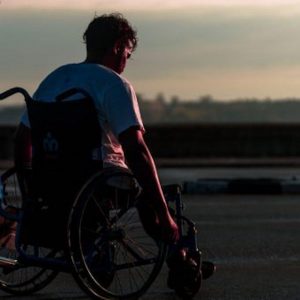 Here’s an interesting dispatch from the annals of presidential chicanery and frivolity to the annals of this very sacred and holy NYC podiatry blog.  It seems that a certain former campaign manager was unable to appear in court on his own two feet due to – wait for it – gout!  Now this struck your NYC podiatrist as being very strange in a world of very strange and quite unusual happenings.  Is gout so severe and debilitating as to necessitate a wrapped wheelchair bound foot? Read on…

As we have undoubtedly discussed, gout is an ancient disease with a four letter name.  While it was traditionally considered a rich man’s disease due to the propensity to favor those who can afford meat and wine, now that those items are more readily available, it’s an everyman disease.  And before you take umbrage at my choice of gender specific language, ladies, the disease is almost unheard of in premenopausal women.

Gout is a condition, likely genetic, that results from the overproduction of uric acid, which is a breakdown product of purines, the building blocks of DNA, found in every animal product.  Some foods, such as organ meats and some types of fish, are higher in purines and thus lead to greater production of uric acid, and alcoholic beverages potentiate the effect.  For an as of yet unknown but widely speculated reason, during a gout attack, the uric acid crystals come out of solution, very commonly in the big toe joint.  The resultant reaction by the body produces the reaction that anyone who knows anyone with gout knows – red, hot swollen and really painful joint that resolves within a few days.

So does one have to suffer with this condition?

Maybe in another NYC podiatry office!  There are many ways to mitigate the effects and even stop an attack, the most effective of which is a cortisone injection administered into the site of the attack.  Cringe now dear patients, but if it happens to you or your dad, you’ll thank me, just like the poor gentleman who limped into my living room the night before his nephew’s wedding, and was able to share a dance with me the next day, as I promised he would.

Now to quash 2 misconceptions – not every painful condition that affects the foot is gout, and said campaign manager very likely did not need to be wheeled into court for want of a cortisone shot. Don’t suffer the same fate, my dear NYC podiatry patients, eat right, see your doctor, and don’t go into politics…

And if you or someone you care about is suffering from a gout attack or any other foot or ankle pain, make an appointment at either our Manhattan or Bronx location today.

See you in the office.

Please use this form for general information purposes only. DO NOT send personal health information through this form. Specific patient care must be addressed during your appointment.

Font Resize
Contrast
Accessibility by WAH
Call Us Text Us